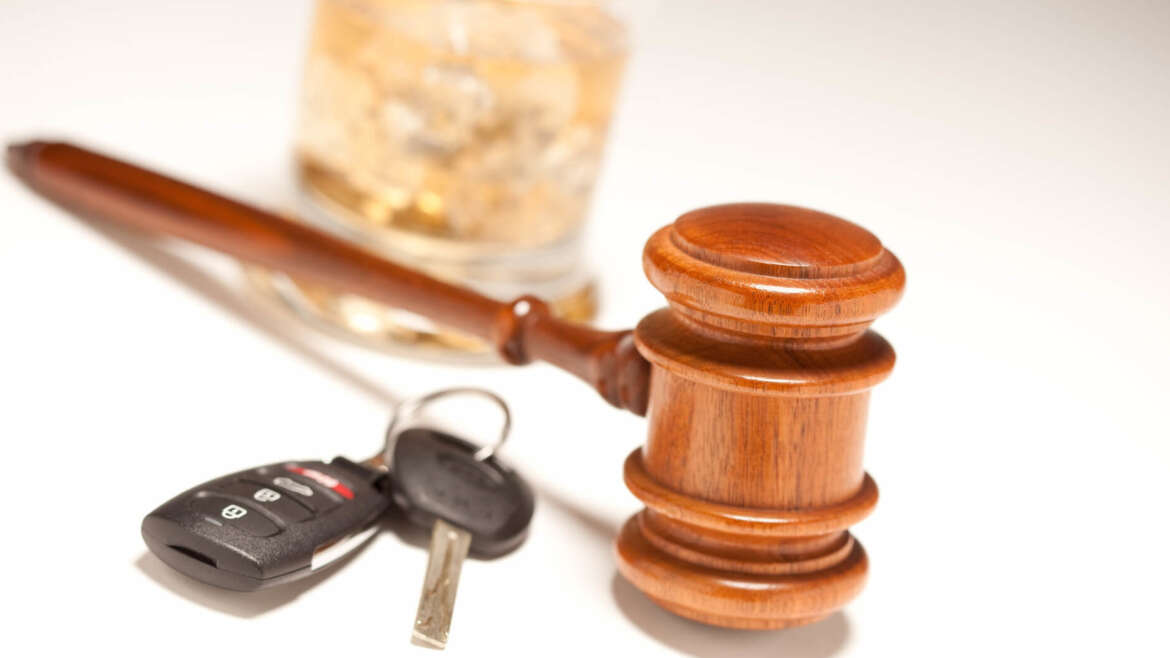 According to the Department of Justice, impaired driving is one of the leading causes of criminal death throughout all of Canada. It shouldn’t come as a surprise then that the penalties for impaired driving or DUI charges can be severe. But how do they differ from province to province? (Yes, in addition to penalties under the Criminal Code, there are provincial penalties that can attach to drinking and driving related offences too).

Well, the Criminal Code prohibits impaired driving, whether from alcohol, drugs, or a combination of both, even if that impairment is slight.  The Criminal Code also prohibits having, within the last two hours of ceasing to operate a motor vehicle, a blood alcohol concentration in excess of the legal limit — in other words, you can be charged (and in theory, successfully prosecuted) even if, when police find you, you’re no longer driving! Penalties for DUI related criminal convictions include a mandatory fine and an order prohibiting the offender from driving for a certain period of time; in some cases, and depending on the facts of the case, penalties can even include prison time.  Criminal convictions for DUI related offences can also complicate, and sometimes frustrate entirely, your ability to keep your license with the province as well.  Depending on where in Canada a person lives, repeat DUI offenders could face using an ignition interlock device for the rest of their lives or can even lose their driving license permanently.

Being over the legal limit within two hours of driving: Regardless of whether you feel impaired at the time you’re dealing with police, what a lot of people do not know, is that it is a criminal offence in itself to, within the last two hours of driving, have a blood alcohol concentration of 80 mg or over of alcohol per 100mL of blood . ’80 and over’ offences (s.320.14(1)(b), Criminal Code) and operating a motor vehicle while impaired by alcohol and/or drug (s. 320.14(1)(a), Criminal Code) are actually two separate offences, although motorists are often charged with both.  Being charged with impaired driving and being over the legal limit means your lawyer will need to defend you on both of these charges.  These charges almost invariably involve different defences and legal strategies, so it is important you have a lawyer who is experienced with these kinds of cases, and defending against both kinds of charges, as the lawyers at Edelson Law are.

Similarly, you can also be charged for driving over the legal limit as it relates to the blood drug concentration as set out by various accompanying regulations.  Detectable levels of THC above the limit prescribed by regulations while driving can lead to your being charged criminally.  Additionally, any detectable levels of cocaine, LSD, heroin, Ketamine, magic mushrooms (psilocybin or psilocin), methamphetamines while driving, or other drugs while driving, can also result in criminal charges. To aid in enforcement, there are officers trained and qualified as Drug Recognition Experts who can test and detect if you are impaired by a drug, and who have powers within the Criminal Code, depending on what conclusion they draw, to demand that you provide bodily samples to enable further forensic analysis. Again, the legal regime as it relates to having too high a concentration of drugs in your system is complicated, making effective legal representation a must.

Impairment: With respect to impaired operation more specifically, there are three general ‘types’ of impairment when it comes to criminal driving offences: alcohol impairment, drug impairment, or impairment by some combination of alcohol and drugs.

The impairment need not be significant. Depending on the way your charge is worded, it is typically enough for the Crown to prove beyond a reasonable doubt that while in care and control of a motor vehicle, you were even slightly impaired in your ability to operate that motor vehicle by alcohol, drugs, or some combination of both.  Appreciating the distinction between impaired operation and operating over the legal limit, and the defences available for both, is crucial in making full answer and defence.

Indeed, mounting a successful legal defence has become more difficult in recent years as new laws have been passed that provide the prosecution with evidentiary ‘shortcuts’ that make it easier to establish an offender’s guilt, and that limit available defences. That said, despite these legislative amendments, the lawyers at Edelson Law Barristers continue to have considerable success in defending clients against DUI related offences.

Why the Crackdown on Impaired Driving?

Drug and alcohol consumption can significantly affect one’s ability to operate a motor vehicle. Not only does this severely impact judgment, but also your reaction time, coordination, concentration, and even vision.  The number of impaired driving related accidents, injuries, and deaths is still too high. As a result, and in an effort to fix this, lawmakers in Canada have enacted alcohol and drug-impaired penalties that are stricter and less forgiving than ever before.

As mentioned, impaired driving laws outlined in the Criminal Code pertain to all of Canada. However, in addition to any criminal penalties under the Criminal Code, provinces have their own regimes in place for those who are drinking and driving, and additional provincial penalties and driving-related restrictions (and even suspensions) can attach. Also, the quantity of alcohol (if any) you can have in your body without violating provincial legislation, even if you are not running afoul of criminal legislation, differs from province to province. Let’s take a look at DUI related provincial law in Quebec, Ontario, and British Columbia.

In Quebec, upon arrest for a DUI related criminal offence, drivers receive an immediate (provincial) license suspension (up to 90 days) and their vehicle is seized of up to 30 days.

Upon conviction for the underlying Criminal Code offence that may stem from that arrest, a driver will receive a mandatory driving prohibition of at least one year and a minimum fine under the Criminal Code. But in addition to these criminal penalties, the Quebec Highway Safety Code imposes the following penalties as well:

Notably, in Quebec, where a person is convicted of impaired driving or driving with a prohibited alcohol or drug concentration twice within 10 years, the default is that every license for the rest of the driver’s life will have an ignition interlock condition, although, after 10 years, the driver can apply to the Court of Quebec to have it removed.

Compared to other provinces, Ontario has some of the harshest provincial penalties. Testing in the “WARN” range on an Approved Screening Device (between 50 and 100mg of alcohol in 100 mL of blood, which is below the criminal limit) will result in a three-day suspension for first time offenders and an accompanying monetary penalty. For repeat offenders, that suspension is lengthened (to what extent is is lengthened depends on how many times you have transgressed), and there is mandatory enrollment in an alcohol education program. Indeed, if you have blown in the “WARN” range for a third time, if you want to drive at all, you may need to install an ignition interlock device for as a condition of keeping your license.

Being charged with refusing a test, impaired operation, or blowing 80 or over (the Criminal Code limit) will not only carry the possibility of criminal penalties (if convicted later), but also, more immediately, an immediate 90-day suspension under Ontario’s Highway Traffic Act. Additionally, the Highway Traffic Act provides that you’ll also face:

A criminal conviction for a DUI related offence in Ontario results in not just in the Criminal Code penalties, but the following penalties under provincial legislation (Ontario’s Highway Traffic Act):

The provincial laws in British Columbia are also quite severe, although many cases are dealt with administratively and through the provincial scheme, rather than criminally. Provincially, a BAC (Blood Alcohol Concentration) reading under 50 mg per 100 ml can result in 12-hour driving prohibition if in the Graduating Licensing Program.

For a first offence, a three-day license seizure and three-day vehicle impoundment. Additionally, drivers must pay a $200 administrative penalty and fill out an application to have their license reinstated as well as paying a further license reinstatement fee.

For a second offence within five years of the first, a seven-day license seizure, seven-day vehicle impound, a $300 administrative fee, and a driver may potentially have to attend the Responsible Driver Program.

For a third offence, a 30-day license seizure, 30-day vehicle impoundment, a $400 administration fee, and mandatory admission into the Ignition Interlock Program.

As alluded to above, while B.C. law prescribes numerous consequences for BAC levels below the criminal standard, it also provides an administrative route for dealing with what, in Ontario or Quebec, can only be dealt with through the criminal process.

In B.C., a person found driving with a BAC of 80mg/100ml or more can be subject to a 90-day Immediate Roadside Prohibition (IRP) instead of criminal charges. Whether the driver is subject to an IRP is at the discretion of the police officer, however. If the officer does issue a  90-day IRP, the driver’s vehicle is impounded for 30 days and their license is seized for 90 days. In addition, they will have to pay a $500 administrative penalty and may be referred to the Responsible Driving or Ignition Interlock programs. After the suspension is over, the driver will have to pay a reinstatement fee.  While this is of course better than being charged criminally, it is still a hefty penalty.

Do You Need a DUI Lawyer?

DUI charges, if not handled properly, can have a significant impact on your future. If you are facing provincial and/or criminal DUI charges, you should contact our experienced DUI lawyers today.

*This is not legal advice, and is rather, just cursory legal information. Also note that some of this legislation and the quantum of fines and lengths of suspension, is subject to change. If you have been charged with a drinking and driving related offence, whether under a provincial act, or under the Criminal Code, contact us today. 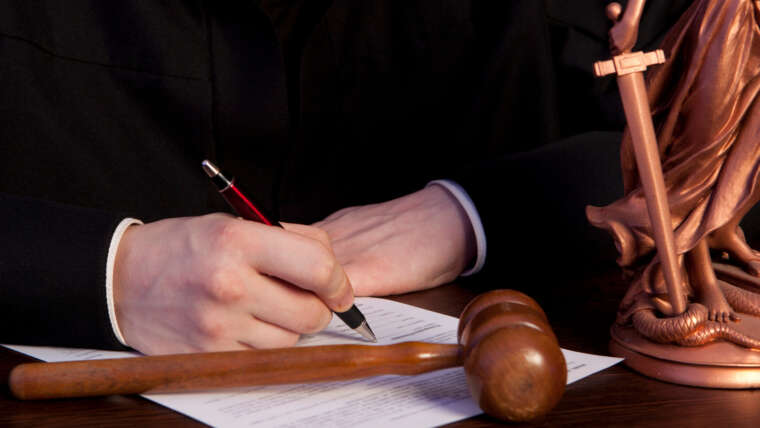 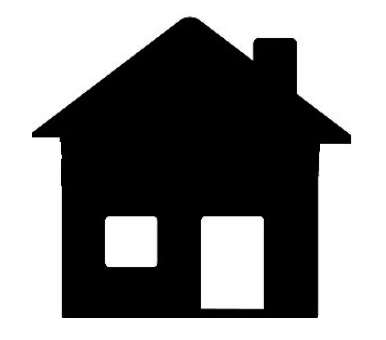