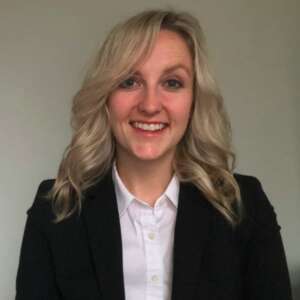 my Chandler is a criminal defence lawyer and an Associate at Edelson Foord Law.

Amy completed her articles and worked at a criminal defence firm in Ottawa. She then worked in the Yukon Territory practicing primarily in criminal defence. She has represented adult and youth clients charged with various criminal offences such as sexual assault, robbery, drug trafficking, and impaired driving as well as regulatory offences. She is experienced in working with clients with mental health and substance misuse issues. Amy has appeared in the Supreme Court of Yukon, Yukon Territorial Court, Ontario Court of Justice and the Superior Court of Justice.

Amy received her Bachelor of Arts Honours degree majoring in Sociology from Queen’s University and her Master’s degree at the Centre for Criminology and Sociolegal Studies from the University of Toronto. She earned her Juris Doctor from Queen’s University where she was a Caseworker at the Queen’s Legal Aid clinic for 3 years, receiving the Dan Soberman Award and McDougall-Watson Memorial Award recognizing her community support and quality legal service.

Amy is a fierce advocate and a skilled legal writer. She has filed numerous Charter applications which have resulted in a stay of proceedings before even getting to trial. Amy is committed to providing exceptional legal service and will work tirelessly to defend your rights.